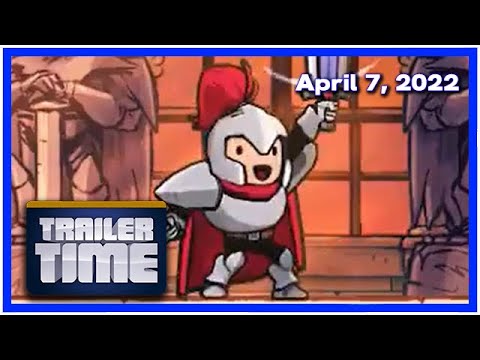 It’s crazy to think that after nearly four years of development, Rogue Legacy 2 is finally complete! This is the largest game our small team has ever made, and knowing that folks will soon get to play it is both nerve-wracking and exciting. We put as much love and care into Rogue Legacy 2 as we could muster, and we hope fans will feel this when they finally get to play the game on April 28th.

If you’re not familiar with the series, Rogue Legacy 2 is a genealogical rogue-lite where every time you fall, your children will avenge you. Your child may be a colourblind chef, with a penchant for smacking projectiles back at enemies with their trusty frying pan. Or maybe they’re a katana-wielding ronin who sparkles because they’re also a vampire. Or maybe they’re a vegan who dies if they eat meat (our game tries to be 100% scientifically accurate).

It’s also a tough game that does not pull its punches. Your hero will die, and every time they do the kingdom changes its layout for the next run. But don’t worry, because every run earns you some form of incremental progress, either through the discovery of permanent power-ups on your journey or by spending your hard-earned gold. Expand your Manor with amazing extensions to give your heirs stronger abilities, unlock special features with the souls of the fallen, or just chill at the Docks and listen to the tales of those you meet along the way.

It’s a massive world where you are always growing, learning, and discovering something new with each run.

In truth, RL2 ’s beginnings happened well before the project was ever announced. Shortly after development on the original was finished (more than eight years ago), we bounced around ideas for the sequel. It wasn’t going to be made right away, but we knew it would eventually happen. Ideas like more diverse biomes, a comprehensive system for New Game Plus to really extend replayability, and characters with their own unique weapons and abilities, were penned out long ago. Even the 2.5D art style was something we planned to jump to. Despite the exhausting production on the first, there was still plenty we wanted to say and do with the franchise.

After a long hiatus from Rogue Legacy, we dusted off these ideas and started discussing what other things we wanted in the sequel. It was a unique challenge, because one principle we agreed on was that Rogue Legacy 2 had to stand on its own. This meant not just staying true to the original, but also paradoxically being different at the same time. We couldn’t just go bigger and better, we had to be new and exciting. Things like the Soul Shop, Burdens, Relics, Scar Challenges, and the Curio Shoppe are all ideas born from this precept, and have been meticulously designed to complement the existing formula that made the original so memorable.

In the end, even we were surprised with how much more we wanted to add to the Rogue Legacy universe. It’s taken nearly twice as long as we originally intended, but that just makes us even prouder of the final product. Looking back, Rogue Legacy 1 now feels like a single moment in time, whereas the sequel is an entire performance. There’s just so much to see and do and discover, and we really hope it resonates with gamers new and old. We pulled out all the stops to ensure that Rogue Legacy 2 is the quintessential experience. Now the question is, what the heck are we going to do for the third one?